The latest vehicle is the fourth in the series and is already more than half invested. A fifth fund is expected to be launched in 2022.

As they take over the reins of the European direct lending business at London-listed fund manager Intermediate Capital Group from the retiring Max Mitchell, longstanding ICG managing directors Peter Lockhead and Mathieu Vigier have good reason to feel optimistic about the period ahead – the firm has just brought fundraising for its Senior Debt Partners IV fund to a close on a hefty total of around €8.1 billion.

As is typical of fundraising processes, there is something of a retrospective element to it. First close was achieved back in March 2020 and around 60 percent of the capital has already been deployed. In a buoyant post-covid deals market, 2021 turned out to be a record year for ICG as it invested €3 billion in 15 deals to November 2021, with the expectation of €3.5 billion invested by the end of the year. The two co-heads anticipate the fund will be fully deployed by early next year, with the fifth fund in the series predictably set for launch soon.

The fundraising saw something of a hiatus after its first close as investors reacted to the pandemic with caution. This meant that most of the capital was raised between September 2020 and March 2021. By that point, says Lockhead, investors were more prepared to use technology and online data rooms were becoming increasingly detailed.

There were also advantages to the changed circumstances for ICG, he says:

With less travel time, fundraising became very efficient. Moreover, we were one of the first firms with a direct lending strategy in Europe, so people already knew us well and it allowed the process to develop a lot of momentum.

In common with many other fundraisings, Lockhead and Vigier report that ESG was a topic at the forefront of the conversation with investors. “That was a tremendous focus because there can be a lot of noise and little substance,” recalls Vigier. “We are limited in terms of being able to direct borrowers to take particular actions but we can discuss and – if necessary – cajole, and we can work only with like-minded private equity GPs.”

ICG has an internal senior ESG executive who sits on the investment committee with a right of veto. “They have teeth,” asserts Vigier.

Asked about prospects for the market, Lockhead firstly points to the largely floating rate nature of loans as protection against an inflationary environment. He adds:

I started in this business in the 1991 recession and since then we’ve come through the likes of the dotcom crash, the global financial crisis and Brexit. Our investment strategy is very defensive. We don’t go hunting for the upside from things like equity kickers and warrants. Our number one priority is capital preservation.

He also points out that the firm takes comfort from the size of companies it is able to back, with most having EBITDA of around €80million-€100 million. Given that the firm is also cautious about the use of leverage, it believes its loans can afford small hits to the margin without suffering a serious setback. ICG also claims competition is relatively light at the larger end of the market where deal sizes are typically in the range of €300 million-€500 million.

The fundraising evolution of ICG’s European direct lending funds reflects the wider trend of more and more capital being poured into the coffers of private debt’s blue-chip brand names. The first fund closed on €1.7 billion, the second on €3 billion and the third on €5 billion.

According to sources, the target for the fifth fund is likely to be in the range of €10 billion-€12 billion. Ready to weather the storm 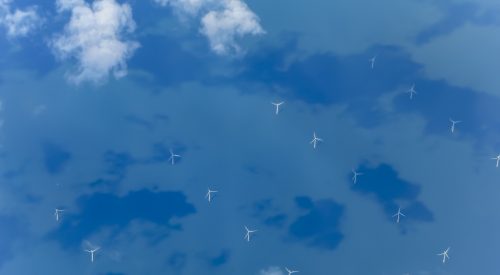